COVID-19 Alert: Blue Water Capital Management, LLC is primarily working from home offices and using remote meetings, but can meet in-person as well.
If you have concerns about the markets, or would like to have us look over your investments, please feel free to contact us.

Can I Retire Without Investment Risk? 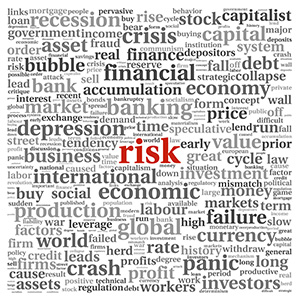 Most people will need to take some investment risk in retirement to meet their goals.  A riskless retirement is just too expensive.  A December 2013 study found that you needed about $248,000 to provide income of $10,000/year for 30 years that’s inflation-adjusted (meaning the original $10,000 grows by inflation each year).  That’s how much you need to buy a 30-year bond ladder of TIPS (Treasury Inflation-Protected bonds).

The exercise is scalable, so $50,000 of inflation-adjusted income would cost 5X as much, or $1,240,000.  This is a spend-down of principal and interest along the way, so after 30 years, that money is gone.  While the payout rate appears to be 4.03%, because principal is also being used, the real return on investment is 1.29%.  This is what is considered the current “riskless” rate of return for 30 years of retirement income.  Riskless because TIPS are Treasury Bonds backed by the United States Government, and they are still considered one of the safest investments.

Immediate annuities are another option for lifetime income, but not as riskless as the TIPs.  The following are quotes for immediate annuities for an annual income of $10,000 for a male, a female and the joint lives of a male and female with a 20-year period certain (meaning it’ll pay as long the insured is living, or for 20 years, whichever is longer).  There is NO inflation adjustment* over time.

Immediate annuity premiums at the following ages (assuming joint life is the same age) as of September 2017:

* Immediate annuities do offer inflation adjustments of 1%, 2%, 3% and sometimes 4%/year for higher premiums, but quotes for them are not readily available on the web.  You’d have to contact an insurance agent.

This example was ran at $10,000/year so it would be as close to an apples-to-apples comparison as possible.  However, the lack of inflation-adjustment does skew the comparison.  Also, your income is guaranteed by an insurance company, not the US government.

Just like with the TIPs Bond ladder, this example is scalable, so $50,000 of income for a joint life starting at age 65 would cost $899,560 ($179,912 x 5). The exact return on an investment like this is difficult to calculate because it could pay out for 20 years or a much longer time frame if the insured continues to live.  The longer you live, the more you earn, but overall, due to the current low interest rate environment, returns would not be that different than the TIPs Bond ladder above.

A TIPs ladder has an advantage because you still control the assets.  If you needed more money, you could cash the bonds in early or stop the ladder altogether.  With an immediate annuity, those assets are gone.  You cannot decide later to cash out for the remainder of your investment.  It also takes a long time to break-even and start earning a return.  Looking at the quote for a 60-year old male, it would take him almost 18.25 years just to earn back what he put in.